How your flawed parenting teaches your kids independence.

I used help interview prospective employees for my parent’s portrait studio. One of our questions was: “What are three of your strengths and three of your weakness’s?” Almost everyone listed “perfectionist” as one of their weaknesses. They’d be all, “Oh, it’s so terrible . . . I’m just so perfect. And so organized.” Right. Right. You poor little thing.

Perfectionism is not something I personally suffer from. And I’m probably the least organized person I know. But that doesn’t stop me from sometimes waking up in the middle of the night, stressing about things like my 2-year-olds extreme vegetable deficiency. I mean, he’ll eat the veggie-fruit packets, but that’s about it. I think they should invent some kind of veggie-I.V. Although I guess that wouldn’t work either because my kids won’t let anyone with a needle within ten feet of them.

But anyways . . . my point is that even without stressing about being the perfect parent (‘cause I know that’ll never happen.) I still do stress about being enough, giving enough, and teaching enough, because parenting is the hardest. So it’s refreshing when I discover that I’m winning without even trying because with parenting—sometimes less is more.

Which is great for parents like me who excel at less.

I’ve discovered that my flaws are actually the things that often make my children stronger. I see them picking up the slack where I’ve left off and discovering things they didn’t even know they could do! Like making breakfast, and using their imagination to create all kinds of awesome things.

The other day I went into my daughter’s room and discovered that she had created something I had been promising to do for her for a long time. And she did such an awesome job! She made this sticker chart for motivating herself to stop sucking on her lip. I love that she took on this project on her own, and it never would have happened if I had been the perfect parent on top of it all. 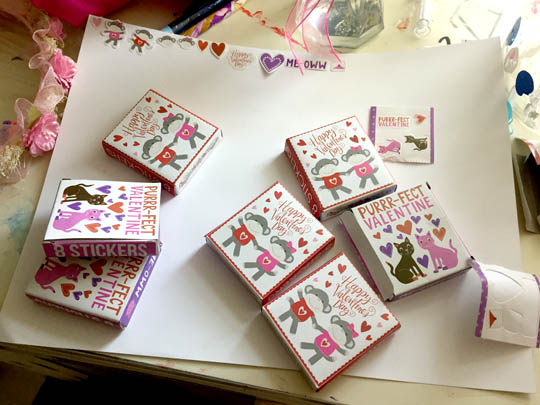 And yes, I realize it's a piece of paper with stickers on it, but the point is she did it on her own.

See? Less is totally more. So next time your kids are nagging at you to do something for them and it’s about the last thing you want to do, just remember—maybe not doing the thing is actually being the better parent!

Win-win for everyone. Independence for your children and more time for you. Cheers!

Oh and P.S. Please give me your tips for getting your kids to eat vegetables because there must be something better out there than the veggie-I.V.
Posted by Jenny Sue Gamboa at 6:58 PM

Email ThisBlogThis!Share to TwitterShare to FacebookShare to Pinterest
Labels: Parenting