I am not ashamed to admit that I love Stephenie Meyer's books. Twilight? Loved it. The Host? Loved it even more.

Were they cheesy? Yes. Were they long-winded? Yes. Do I care? No! They were entertaining! And guess what? They were hugely popular! That’s why they made them into even cheesier movies okay!? (I like cheesy.)

It’s actually a HUGE pet-peeve of mine how much other writers love to rip on Twilight. It’s so hilarious to me. I’m like, hey! If I can write a book with that huge of a following (however fleeting) I will be stoked! Who cares if her writing doesn’t sound like freaking Shakespeare. Oh and the other complaint I hear all the time is how angsty and whiny Belle is….oh give me a break! She’s a teenage girl, guess what? Teenage girls are whiny, I know this because I was one.

Ok. I feel better now. I can jump off my soap box--enough to rant about her latest book—The Chemist. 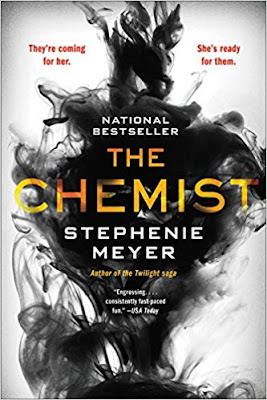 As I have already mentioned I am a fan of hers, so when I saw this new book, which by the way I had not even heard a whisper of until I saw it on the library shelf, I was pretty excited!

I admit—I found a lot more complaints about this book than her others. Truth be told, I’m not sure if it is because it’s not as good or if it’s because I read the other ones before I started all my writing training. (I’m becoming one of them. It's so sad. I’m such a hypocrite.)

But the main point is I still really liked it. The good things first:

It follows Meyer's same M.O.—with the whole “falling in love with the enemy thing.” First with the Vampires, then with the evil Aliens, and now with the more contemporary enemy—the interrogator. I feel like Myers brainstorming sessions must go something like this. “Ok. Who is the absolutely least likely candidate for a love interest?” She brings the whole “falling for the bad ‘guy’” to a seriously whole new level with her books. And why is that good? Because it’s different. It’s fun to read about something totally unexpected.

She does a great job handling the complications of having a character with multiple fake identities and fake names.

The beginning and the ending were huge page turners. There were a few parts in the middle that I almost put it down, so there is that, but the majority of the time I was very excited to sneak away and read more more more.

So now the bad things (aka, things to learn from as a writer):

The insta-love. I know, don’t tell me. It’s been too long—but I’m pretty sure Twilight and probably the Host were also heavily-laden with the insta-love but were not going to complain about that today. And honestly, it wasn’t so much the insta-love that was the problem for me, it was the fact that Alex had no real redeeming qualities to love. After reading the whole book I’m still not sure why Daniel fell for her besides the fact that he “liked her face.” Actually, I take that back. Alex was “lovable” because I liked her as a reader but I just never saw or heard Daniels perspective on why he liked her which made his attraction unbelievable, so I learned the importance of showing that.

The bleak middle parts. Not all of the middle part dragged but a significate enough part that I really did consider just putting it down. So the thing I learned about this is just tighter writing. It really is possible to give too many details and drag on about things too much. As fun as it is to set things up for a later Ah-Ha moment—if readers can’t even make it through the set-up there will be no Ah-ha moment to get to!

The gun details. This might just be me, but I just really don’t care about the type of gun she’s carrying around. All guns are the same to me. SIG Sauer? PPK? It means nothing to me. There are probably only about three different gun visuals I have in my head. 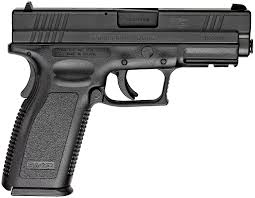 Giving me like 15 different gun names is doing nothing for me besides annoying me. It would make sense if she were writing for a different audience—but I think I’m a good sample of her target audience and I’m fairly certain that we just don’t care about the specific details of all that. It’s one thing to mention the gun name like once or twice but I think she threw it in there like a bajillion times. And yes, that is an accurate estimation. Just ask my husband Jona, I never exaggerate on numbers.

Overall:
You should read it. It was fun. All silly rantings aside . . .Stephenie Meyer has a new book out after like 7 years and that is pretty exciting!

Posted by Jenny Sue Gamboa at 7:00 AM